The name chamomile may not ring any particular bells for most people, but there are a few excellent reasons why it should. If you have not heard of chamomiles, perhaps you’ve seen them instead.

The chamomile is a bright and pleasing plant that hails from Europe—distinctive due to the white and yellow flowers that bloom in the springtime. While growing chamomiles may be in the best interest of gardeners and those interested in brightening up a room, it’s not precisely the reason chamomiles have become popular recently.

Chamomile tea—or tea made with the extract and other parts of the chamomile plant—has been widely researched and often lauded in recent years. Health activists claim that the implementation of chamomile into the diet can aid with anything from sleep deficiencies all the way up to a curative effect on certain cancers.

While the National Institutes of Health may find some issue with the latter claim, the federally-funded Institute has released studies on the plant that admits curative properties have been found and may continue to be found in the plant’s implementation into a diet.

So, what kind of benefits are we talking about here? What’s more—just how safe is it to start drinking chamomile tea when pregnant or in large quantities?

We’ll be breaking down the top six health benefits of chamomile tea—and rounding off our discussion with a few words of warning relevant to the debate.

Perhaps the most cited reason to start implementing chamomile tea into your life comes from the natural property of the plan to lower inflammation.

This claim comes from the naturally-occurring compounds within the plant. Much like with other herbal teas, chamomile tea taken alongside proper diagnoses and medication can aid in the reduction of swelling and the clearing of sinuses.

The anti-inflammatory chamomile tea benefits are often released best when heated—so be sure to steep a fresh cup each time you’re making a back to combat your inflammation.

Of course, tea alone won’t be enough to reduce and eliminate your inflammatory pain—but being careful with your body and only consuming helpful beverages like chamomile tea can certainly help far more than it could ever hurt.

Chamomile benefits from the same suppressive qualities as other organic teas—in that the chemical makeup of the tea helps to relax the nervous system and promote better sleep.

Instead of consuming a large meal that could wreak havoc on your weight, consider drinking a fresh cut of chamomile tea either an hour or a half-hour before bed. The tea is scientifically proven to promote better sleep, so there’s no worry of a possible placebo effect taking place.

In fact, this tea is so effective at putting people to sleep; it comes with a warning from us. While relaxing and getting the proper amount of sleep at night is paramount to a healthy and happy life, being too tired and too lethargic at the wrong time can be distracting and downright dangerous.

Drinking more than one cup of chamomile tea during the day that results in a lethargic sensation that counteracts any amount of caffeine you may have consumed earlier in the day. Too much of the stuff and simple tasks like driving home or performing intensive sports will be hampered.

So feel free to enjoy a cup of chamomile tea at any point in the day to enjoy the relaxing properties of the drink—but be sure to skip the second or third if you still plan on accomplishing all of your tasks on time. 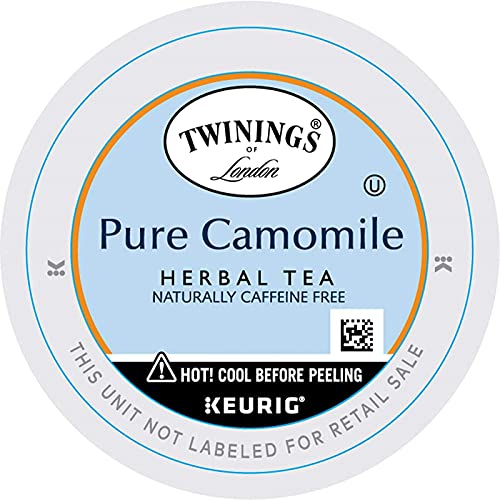 While functioning as a drink with particular anti-inflammatory properties, the consumption of chamomile tea has also been shown to go the extra mile in relieving cold and flu symptoms.

Feeling stuffy or dealing with a runny nose? A cup of chamomile tea will allow the powerful aroma to clear up your sinuses as you drink it. Since most sinus issues stem from engorged blood vessels in the nose, the anti-inflammatory properties of the chamomile plant will allow you to relieve that swelling somewhat.

Chamomile tea goes great with a healthy meal, or when the consumption of stockier foods like chicken noodle soup seems unappealing. Plus, the sedative properties of the tea will aid in getting proper sleep—which is particularly valuable to those trying to improve their immune system and fight off a particularly bad cold.

Aside from these properties, the immune system can use the inherent properties of the tea to boost white blood cell counts and other forms of viral suppression. Almost everything within a cup of this tea helps with the sick, so don’t skip out if you’re feeling a little under the weather.

As a naturally suppressive plant, the consumption of chamomile tea can aid to calm your upset stomach and promote digestive health.

Many of the digestive issues we deal with on a day to day basis stem from inflamed sections of the intestines making it especially difficult to pass food through the system. This means that chamomile tea can work to relieve these problem spots and keep everything moving quickly and efficiently.

That’s why chamomile tea is of particular interest to those with irritable bowel syndrome or other chronic digestive issues. A cup of tea a day—especially at night time—allows your body to get to work and lessen your day-to-day problems.

While a few of the claims on this list may stem from more nebulous sources, the use of chamomile tea to aid those suffering from both types of diabetes is entirely factual.

For pre-diabetics, using chamomile tea as a means to delay or prevent a full diagnosis is one of the many ways you can work to improve your cardiovascular health. For those already diagnosed with the disease, a cup of tea could work either to lower your daily symptoms or even eliminate the need for an insulin shot or pump.

Since this claim remains the least-researched, we’ve decided to delegate it to last on our list.

The idea that drinking chamomile tea prevents cancer comes from the apigenin that can be found naturally within the plant. Again pulling from the National Institutes of Health, studies have found vague and overarching anti-cancerous properties in this chemical—specifically when it comes to breast cancer and prostate cancer.

The jury is still out on whether or not apigenin and chamomile tea can prevent cancer entirely by itself, but perhaps a cup of tea a day wouldn’t hurt your overall chances of contracting cancerous diseases in the future.

Overall, there are several reasons to drink chamomile tea. Whether you’re looking to sleep better, fight off a cold, manage diabetes symptoms, or help ward off indigestion, there’s very little that chamomile tea can’t help with.

That is assuming, however, that you aren’t pregnant.

Chamomile tea, for all its positive properties, has been shown to increase the risk of miscarriage for pregnant women. If you’re nursing, pregnant, or trying to become pregnant, hold off on consuming chamomile or chamomile tea until your situation changes.

Likewise, chamomile tea is only as helpful as the body it is ingested in—so be sure to keep up with your regular dietary health and exercise often to make sure your body is as strong as it can be.

Aside from miscarriage and excessive drowsiness, however, we can comfortably and enthusiastically recommend implementing chamomile tea into your daily routine. Chamomile is best consumed either at night or after the day’s work is finished—but a cup of tea in the morning before your routine begins might help to relax you and get you in the right mindset for work. 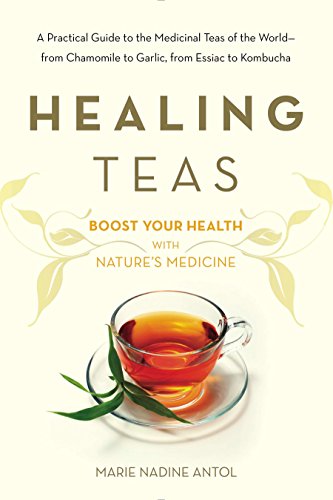 However you choose to implement chamomile tea into your diet, we hope that we’d provide a few ideas as to why you should consider looking into this beverage. Be smart about when and how you consume chamomile, do not consume chamomile during or immediately before pregnancy, and you can expect to reap the benefits without any of the drawbacks.