Elderberry: A Magical Plant or Another Old Wives’ Tale?

Elderberry is a plant that is known by several different names. It is possible that you know it by the name Black Elder, Arbre de Judas, European Elder Fruit, Ellhorn, or even Sambucis. In fact, there are over two dozen names for the fruit and plant in many different languages.

Elderberries have been used as a medicine, a food additive and in winemaking for centuries. It is difficult to note when it was first used but records do show its use by ancient Egyptians, the Greek doctor Hippocrates, and even in cave drawings. Does it really have any health benefits or healing properties though?

We examine the elderberry, its benefits, uses, and studies. We also figure out where to find it as well as how you can take it if you choose to do so.

Elderberry is a plant that appears as a shrub or a small tree. Identifying elderberries isn’t that difficult. The bush-like plant grows near structures and where wet soil is prominent. You can find elderberries next to fences, houses, outdoor structures, etc. When left to grow in the wild, this deciduous tree can reach heights of over 30 feet.

The plant itself has two types of berries: red and black. All parts of the plant are known to have toxins that can cause digestive issues or worse if ingested. This is especially true of the roots, stems, and leaves. The flowers and berries are what is used to make teas, medicines and used in foods and winemaking.

The roots grow mainly horizontal underground sending up new shoots randomly. The stems are relatively thin compared to most other bush-type plants. The leaves are a dark green and grow in groups of five off of each shoot. Most commonly, the leaves are found growing two to a group on either side of the shoot and the fifth on the end.

The berries should not be consumed raw, as they also have toxins, as do the flowers. If eaten you could become sick or suffer other ill effects. The flowers grow in umbrella-shaped clusters with a white color. As the flowers die out and fall off, they are replaced by the berries.

What is Elderberry Used For?

Elderberry has a lot of different uses. Most of the general uses are for medicinal purposes. However, it is also used in making wine and as an ingredient in many different foods such as tarts, pies, teas, jam, and syrup.

When ingesting for medicinal reasons, it is generally taken as a syrup, in a lozenge or in a capsule form.

The medical reasons for taking elderberries are as varied as the names of the plant. Elderberry has been taken for boosting the immune system, to shorten or even prevent symptoms from flu, improving skin health, fighting cancer, as a laxative and fighting sinus infections.

Various studies have attempted to determine if elderberries are, in fact, able to do any of the claims. Elderberries are high in vitamin A, antioxidants, and other chemicals that are known to have immune system stimulant effects.

In one study, for example, the common flu, known as influenza, the swine flu and bird flu (H1N1 and H5N1, respectively), showed shortened durations when the participants took daily doses of elderberry.

The other claims, especially those of sinus infection and fighting cancer are still being studied and have not as yet, shown any signs of being a major factor. This doesn’t mean those that take the plant for these reasons haven’t seen results; it just hasn’t been definitively linked to elderberry ingestion.

What Are The Alleged Effects of Using Elderberries?

When used as a flu medicine, elderberries have shown an increase in relief from the symptoms. The flu virus was decreased and eventually overcome up to four days faster in a double-blind study versus a placebo.

In other tests and studies for sinus infections, elderberry syrup showed no marked improvement over the placebo.

Elderberries are also used by travelers. Illness symptoms were either avoided or reduced to a couple of days when elderberry extract was taken for up to two weeks before travel and a few days after arrival.

Black elderberry is also a natural diuretic, which can help bladder issues and constipation. This is especially helpful for older adults who may be retaining fluids. A diuretic helps promote urine production which has been shown to reduce the fluid retention.

As a constipation aid, elderberries are thought to help promote the movement of bowels and relieve the effects of constipation. As of this writing, though, this is only a hypothesis as no clinical trials or studies have been conducted to isolate elderberries as the reason for the laxative effects. 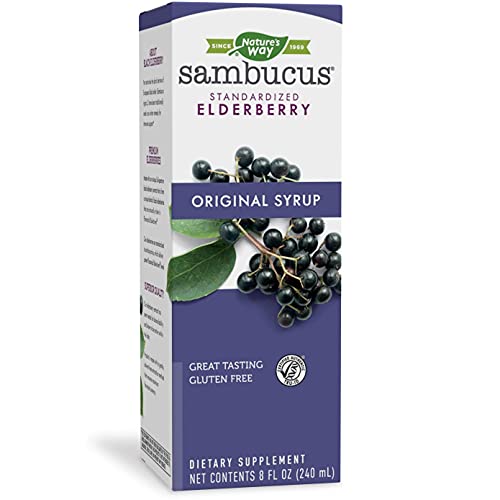 Elderberries and elderberry flowers have been added to cosmetics because of their high levels of vitamin A. Vitamin A is known to increase the appearance and texture of skin. By boosting the skin’s natural abilities to recover and remain smooth, vitamin A helps skin radiance.

Allergies are caused by an overreaction to a stimulus which results in inflammation of the mucous membranes. The flower of the elderberry has shown to boost immune support and decrease the inflammation.

When it comes to cancer treatments and preventions, elderberries are being studied for their anti-carcinogen effects. What is known so far is that the American elderberry has shown signs of inhibiting enzymes that are common cancer markers during the development stage of cancer.

The European elderberry, which is far more common as a medicinal berry, showed signs that it could prevent some enzymes from even forming. Specifically the cyclooxygenase-2 enzyme. The extract is being studied further as an anticarcinogen.

Where to Find Elderberry

The most common form of ingestion is found as elderberry syrup. The black elderberry (the European version, or Sambucus nigra, if you want to get scientific about it), along with the flower the plant produces are more widely used in medical treatment forms such as syrups, lozenges, pills, capsules, and powders. You can also make tea.

The American version (elderberry, or scientifically, Sambucus) has berries that begin green and then turn from red to a purple and finally to black when ripe. At no time should unripe berries be ingested, not should ripe berries or the flowers be taken without first being properly cooked to remove the toxins.

You can find the berry in many forms especially foods, because of it’s tart flavor the ends sweet on the pallet. Tarts, jams, and wine are the most common foods where you can find elderberry. However, it is also in juices, as well as lotions and ointments and even makeup products.

You can find elderberry growing in the wild. However, if you are using the berries and flowers for fighting flu symptoms, it may be easier to buy prepared teas, capsules, and lozenges. You can do so in virtually any drug store, pharmacy or store where other similar products are sold. 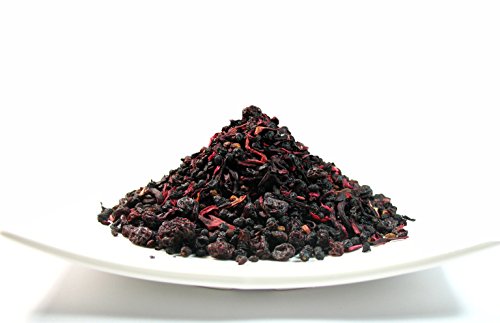 Are There Any Cautions?

There are several cautions given about the plant, its flowers, and berries. Children should not take elderberry without first consulting a doctor. If you plan to begin taking elderberry to help fight flu symptoms or any other reasons, you should consult your doctor first.

There are several interactions to be aware of. First are allergies. Some people have shown an allergic reaction to the flowers and berries of the plant and should avoid it altogether.

Other interactions are generally with other medications that are being consumed. Because it is a natural laxative and diuretic, if you are currently taking a laxative to help constipation, you shouldn’t take elderberry as well.

If you ingest the roots, leaves or stems of the plant, you may experience nausea, vomiting, diarrhea, stomach cramping and other digestive system complications. The toxins found in the plant are cyanide-inducing chemicals that should always be avoided.

Because there haven’t been any long-term studies or trials of the effects in certain population groups, women who are nursing, pregnant or may become pregnant should not take elderberry at all.

Since the extract and berries are known to have immune boosting properties, it may interact with those that have autoimmune diseases such as multiple sclerosis, lupus, and arthritis, those persons should avoid the elderberry altogether.  Taking elderberry with these diseases or conditions may cause the immune system to become more active resulting in a progression or worsening of the symptoms.

Elderberries are used in many recipes for foods, wine and as a medicine. You will find the trees growing anywhere wet soil collects, especially around buildings and structures and along fence lines.

While the berries and flowers have shown positive effects in fighting the flu symptoms, even being able to reduce the flu by up to four days, care should be taken with ingestion.