What’s The Big Deal With Echinacea?

Tea has long been a favorite beverage for those looking to calm their nerves and enjoy a quiet evening to themselves—so the addition of nutritious herbs and spices with that drink has come to no surprise to anyone.

However, there is an increasingly loud minority that claims herbal tea can do far more than calm nerves. Proponents argue that teas can be used for anything from digestive health improvement to the prevention and control of breast cancer and other harmful and insidious diseases.

Perhaps one of the most popular of these new tea varieties being recommended is echinacea tea. Currently, the echinacea plant is labeled with the FDA as a dietary supplement—a catch-all term that contains herbs and ingredients that may (or may not) improve health. However, more and more science is beginning to prove the proponents and silence the naysayers when it comes to this plant.

So what is echinacea, and how can it benefit the body? We’ll be going over the origins of the echinacea plant, and many of the positive health benefits proposed to be gained by ingesting the plant with tea. We’ll be citing science when possible and hopefully coming to some answer to the burning question—what’s the big deal with echinacea?

Echinacea may sound like a foreign term to many, but many have seen and interacted with the echinacea plant without even realizing it.

Echinacea Purpurea, or echinacea for short, is a purple plant commonly referred to simply as the “purple coneflower.” It is known for a distinctive drooping shape with its petals—thus giving the plant a cone-like structure.

Echinaceas can be found in large quantities in parks and the wild throughout the eastern United States. Though pretty and an excellent addition to any backyard garden, the benefits of the echinacea plant stem from their consumption aside from their beauty.

Native Americans that were indigenous to the regions where the plant is located used the plant originally to treat battle scars and wounds. These plants were stuffed inside open wounds or otherwise ground into a paste that would be pressed into cuts and lacerations and would help promote healing and wellness.

Today, the usage of echinacea has to do more with internal health than external healing. The plant is hailed as a way to relieve stomach cramps and digestive issues. In more recent years, the plant has been accredited with reducing inflammation in the digestive tract and other locations throughout the body.

As previously mentioned, the plant is noted as a dietary supplement by the Food and Drug Administration. However, as more research is undertaken, we can begin to discern fact from fiction and find some conclusion about the true benefits of this plant. 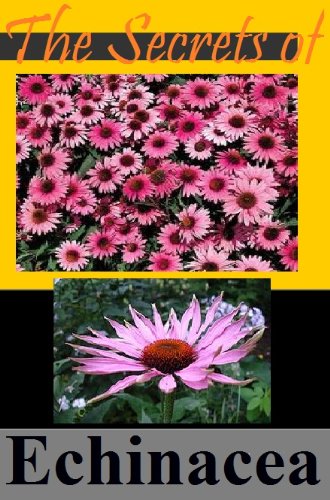 For our stated purposes here, we’ll be looking specifically at the application of the echinacea plant into tea. The external usage popularized and invented by Native Americans may have its value—but won’t be looked at here.

Unlike other herbal teas and teas from plants like the chamomile, echinacea tea has been suggested as a means to prevent colds rather than to combat them. This unique position sets echinacea tea apart from other herbal teas like it—in its promise not to promote immune system health in spite of a cold, but before one ever arises.

Several studies have been taken on the cold preventative qualities of echinacea tea, and have found that the claims of prevention are not completely uncorroborated.

Many of these claims have been assembled and discussed by the National Institutes of Health, which has released data showing that the consumption of echinacea can reduce the risk of contracting a cold by a significant amount.

However, the Institutes are quick to note that it’s difficult to place a specific number on the scope of prevention provided by the plant and by echinacea tea. Because of this, it’s hard to say that cold prevention is assured by drinking a cup of tea per day.

During cold and flu season, it may not be possible to completely combat the risk of disease. In the context of science, however, it may be worth considering a cup of hot tea per day to keep your risk as low as possible.

Much like how the Native Americans implemented echinacea to relieve pain and promote healing, many proponents of echinacea tea have noted relief of both general and digestive pain.

As a stimulant to the immune system, it’s easy to take the National Institute of Health’s studies and extrapolate it to pain relief. In many ways, drinking a fresh cup of echinacea tea a day can help you relieve irritable bowel syndrome and other chronic digestive diseases.

Other oral issues—like a sore tooth or perhaps wisdom teeth impaction—can be alleviated somewhat by the consumption of echinacea tea. The claims to a generalized relief of chronic pain are less clear but no less possible.

If you suffer from chronic pain or otherwise want relief from aches that have bothered you for years, perhaps consider trying out echinacea tea. Your mileage will certainly vary depending upon individual conditions, but enough evidence points to relief to recommend trying it out for yourself.

Much like other herbal teas (and particularly chamomile tea), echinacea tea has been known to improve your digestive tract’s ability to process food and derive essential nutrients.

This aid comes from the echinacea’s natural laxative-like properties. By promoting a moving and healthy digestive tract, issues like constipation can be gently resolved. Likewise, due to the immune-bolstering properties discussed earlier, we can also expect infections and inflammation in the intestinal tract to be relieved somewhat.

Of course, you can consume too much of anything—so those with sensitive stomachs or those who deal with severe digestive problems may have difficulty passing solid stools while consuming echinacea tea.

While echinacea tea can aid with many problems, if you’re dealing with severe issues in this department, it is best to seek out medical attention and make sure that echinacea is right for you.

Likewise, if you’re looking to gain some of the other benefits of echinacea, be sure to limit your intake as to not radically affect the state of your dietary health.

Like with most herbal teas, echinacea has been subjected to claims with varying levels of authenticity.

Strong proponents of aromatherapy argue that the smell of echinacea alone can aid in the prevention of infectious diseases and allow you to gain some of the previously mentioned benefits before drinking even a drop of echinacea tea.

While aromatherapy can be a contentious subject, it is true that our bodies are widely affected by input from any of our five senses—so if pleasant smells from a healthy source sound valuable to you, we would recommend considering echinacea.

Echinacea benefits and claims don’t end here. Anti-cancerous properties noted in some of the chemicals naturally occurring in the said plant has led some to argue that drinking echinacea tea will help combat growing malignant tumors.

The earlier-cited study by the National Institutes of Health does mention these anti-cancerous properties, but only in nebulous terms. While it is certainly possible that the consumption of echinacea will lead to a reduced rate of cancerous growth, it would be foolhardy to recommend using the herb alone in cancer prevention.

If you find yourself covered with undiagnosed growths or a familial predisposition to cancer, consult with a doctor at your earliest convenience. In the meantime, however—there’s no evidence that echinacea tea will do anything other than help.

Echinacea tea is a wonderful place to begin and enter the world of herbal teas. Herbal teas at their core tend to produce a relaxing and curative aura in those who drink it—so it’s not surprising that claims for health and longevity have stemmed from fans.

Be sure to corroborate any clans you hear about this tea, and find sources and citations for the claims when possible. While many of the more-boisterous claims have yet to be corroborated, many have yet to be disproven.

Making your echinacea tea is easy and simple no matter what your skill level may be in the garden. Simply create or purchase your dried echinacea, steep with warm water in tea bags, and serve.

Few drinks are as simple to make and to serve—and fewer still come with the possible short and long-term health benefits to the body. With next to no dangers associated with consumption, why not try it out?

Perhaps you’ll benefit far more from echinacea tea than you may have initially expected.