Are there cinnamon tea benefits that can make a difference in the lives of people today? When we think of cinnamon, we usually think of yummy cookies or cinnamon toast. However, this powerful spice has been used for medicinal and ceremonial purposes for thousands of years. In ancient Egypt, it was used for embalming people and as a treatment for digestive problems. Ancient Romans frequently used cinnamon for fragrance during funeral ceremonies. Furthermore, in many ancient societies, it was even used to help prevent meat spoilage. 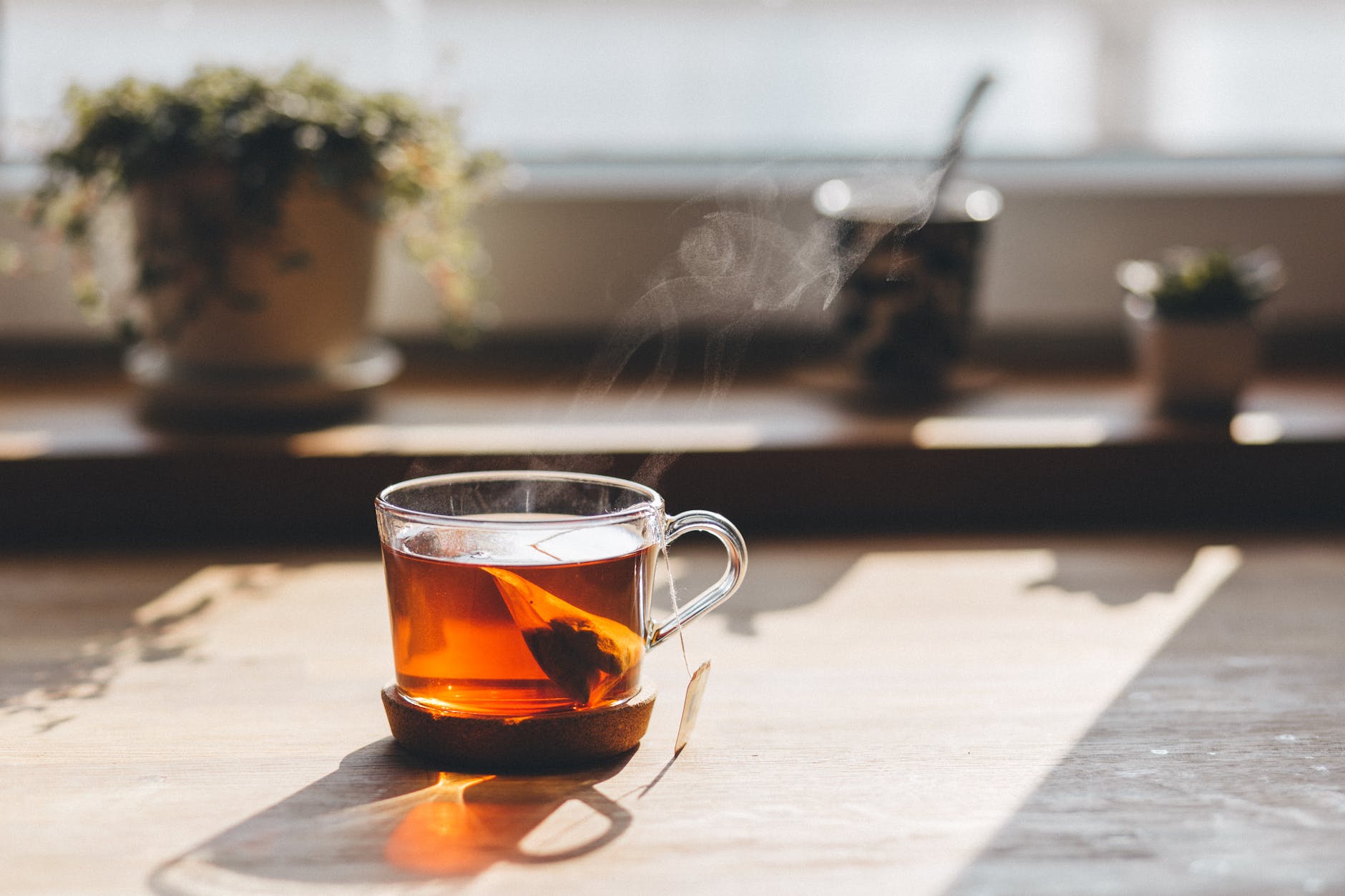 Although this may be true, is cinnamon still relevant in this day of modern medicine and pharmaceuticals? You bet it is.

Can Cinnamon Tea Benefits Make a Difference for You?

Multiple scientific studies have proven the power of cinnamon and how cinnamon tea benefits can be helpful to people today. From diabetes to Alzheimer's disease, cinnamon can play a significant role in modern wellness. For example, cinnamon has also been shown to mimic insulin, according to Richard Anderson from the U.S. Department of Agriculture's Human Nutrition Research Center. Furthermore, studies have shown that one of the cinnamon tea benefits is that it reduces cholesterol levels.

Growers process cinnamon by cutting the stalks of Cinnamomum trees in eastern and southern Asia. They extract the inner bark and remove the woody parts. Once dry, it forms into strips that curl up, called cinnamon sticks. The extraordinary flavor of cinnamon comes from the oily part. This is the part that is high in cinnamaldehyde compound. Scientists believe that cinnamaldehyde is the part of cinnamon that is responsible for most of the powerful health effects of cinnamon.

This excellent video shows how to make Ceylon cinnamon:

Side effects and interactions

Drinking large quantities of cinnamon tea can result in diarrhea. Important: concentrated cinnamon oil is toxic and is not the same as cinnamon bark oil. Read labels carefully. Excessive use of cinnamon oil can cause nausea, vomiting, and damage to your kidneys.

Additionally, people with liver disease should speak with their doctors before using cinnamon medicinally. The coumarin in cinnamon can worsen liver disease in people who are sensitive to it. Also, applying cinnamon to the skin can cause irritation and allergic reactions in some individuals.

If you take medication for diabetes, Metformin or insulin, for example, cinnamon can interact with your medication, making blood sugar levels dangerously low. Additionally, since cinnamon lowers cholesterol levels, speak to your doctor about cinnamon tea benefits if you take statin drugs. Usage of both cinnamon and statin drugs can cause liver problems. Generally, you're safe if you use the normal amount of cinnamon you use in cooking.

As with any supplement, please speak with your doctor to make sure cinnamon tea benefits are worth the possible risks. In short, normal cinnamon usage will generally cause no harmful effects in most people. However, as with anything, there can be too much of a good thing. Use common sense and talk to your healthcare provider. You can also read this Healthline article that addresses cinnamon tea benefits and the overuse of cinnamon.

How do you use cinnamon tea?

Here is a basic recipe for cinnamon tea.

First, add the cinnamon to your cup. Then, add the boiling water. Next, allow the cinnamon tea to steep for 8 to 10 minutes. Finally, if you're using a cinnamon stick, remove it and set it aside. Be sure to save it. You can make more than one cup of tea with it. Last, add your honey or lemon to your tea and enjoy!

For more recipes and ideas for cinnamon tea, check out Tea Answers.

Cinnamon is a powerful spice. It can not only be useful for the prevention of disease, but it can also help fight certain ailments. Now that we know some cinnamon tea benefits, let's dig into the scientific research that supports how beneficial cinnamon can be for you.

Cinnamon helps boost your immune system, helping you to fight off colds and other contagious illnesses. The way it does this is by the polyphenol in cinnamon affecting immune responses by way of regulating anti-inflammatory and glucose transporter gene expression.

And we're about to get all science-y here: The cinnamon metabolite sodium benzoate (NaB), in microglia and astrocytes, inhibits LPS-induced expressions of iNOS (inducible NO synthase), pro-inflammatory cytokines, and surface markers. Translation: cinnamon compounds can play a huge role in reducing inflammation and boosting immunity. These studies were done in mice, but the results are promising.

Want to go in-depth? First, read this. Then, read this. It's complex but fascinating stuff. In short, however, cinnamon tea benefits for your immune system are real.

Specifically, cinnamon oil has been used to effectively treat respiratory tract infections that were caused by a fungus. Cinnamon tea benefits the body by inhibiting the growth of bacteria like Listeria and Salmonella.

A very exciting possibility for cinnamon tea benefits is that cinnamon may help fight the HIV virus. HIV breaks down a person's immune system slowly, eventually leading to AIDS in untreated cases. Cassia cinnamon e​​xtracts may help fight against HIV-1, which is the more common strain of HIV in humans.

Particularly, one study showed that cinnamon was the most effective treatment of all of the medicinal plants studied, 69 in total. However, we still need human trials.

4. Cinnamon is a natural pain reliever for menstrual cramps and other pain

If you're concerned about taking too much ibuprofen or acetaminophen, cinnamon may be a good alternative. In a small double-blind clinical trial, cinnamon was found to be nearly as effective as ibuprofen in 114 young Iranian women. Essentially, the researchers found that after eight hours of treatment, the pain in the group that took cinnamon was much less than the group who had taken a placebo.

Although the effect of cinnamon on pain is somewhat less than ibuprofen, it should be seen as a safe alternative for people who are looking for one.

Chronic inflammation causes numerous health problems. These include arthritis, heart disease, rheumatism, Parkinson's, and more. If cinnamon tea benefits include reducing inflammation, it's worth drinking just for that reason alone.

While inflammation plays a role in fighting infections and repairing tissue damage, it becomes a problem when it's chronic and attacking your body's tissues. Scientific studies show that cinnamon tea benefits people who are suffering from excessive inflammation. Plus, it's also useful in specifically treating age-related inflammatory conditions.

The Scientific Reports journal reported that tests with cinnamon done on pigs showed that cinnamon helped to maintain the integrity of the pigs' stomach walls. Cinnamon in their food reduces carbon dioxide gas (CO2) in their stomachs by decreasing gastric acid and pepsin secretions from the stomach walls. In turn, that cools the stomach during digestion. The research shows that cinnamon cooled the stomach by as much as two degrees, which is significant in alleviating stomach distress. It led to a significant improvement in the overall health of the pigs.

That could also explain why cinnamon is such a popular spice in countries with a very warm climate. The cooling properties clearly illustrate cinnamon tea benefits.

Antioxidants play an important role in protecting your body from the oxidative damage that free radicals cause. Cinnamon tea benefits us because it's loaded with powerful antioxidants like polyphenols. One study even showed that cinnamon outranks superfoods like oregano and garlic.

8. Cinnamon may reduce the risk of heart disease

Furthermore, in animal studies, cinnamon was shown to reduce blood pressure. When you address all of these issues, you reduce your risk of heart disease.

9. Cinnamon improves sensitivity to insulin in people with type 2 diabetes

One of the key hormones for regulating metabolism and energy use, insulin plays a vital role in our health. However, if you are resistant to the effects of insulin, it's a problem. This is a condition known as insulin resistance, which can lead to type 2 diabetes and metabolic syndrome.

In addition to its effect on insulin resistance, cinnamon directly lowers blood sugar levels in other ways. First, it reduces the amount of glucose that enters your bloodstream after you eat. The way it does this is by interfering with digestive enzymes. Therefore, it slows the breakdown of the carbohydrates in digestive tracts.

Second, one of the compounds in cinnamon mimics insulin. This action improves glucose uptake in your cells. With that said, cinnamon does act much more slowly than insulin does.

Finally, the anti-diabetic effects of cinnamon have been shown to lower a diabetic's fasting blood sugar level by as much as 10 to 29 percent.

For diabetic purposes, cinnamon tea benefits are best with a dose of one to six grams (0.5 to two teaspoons) per day of cinnamon. Again, be sure to talk to your doctor before using cinnamon in your diabetic treatment regimen because it will interact with your diabetic medications.

Helping with weight loss is possibly one of the more commonly coveted cinnamon tea benefits. Cinnamon helps with weight loss because of the properties mentioned above. It lowers and regulates blood sugar and improves sensitivity to insulin. Because it's rich in polyphenols, people drinking cinnamon tea tend to have fewer cravings and hunger pangs.

12. Cinnamon may have beneficial effects on Alzheimer's and Parkinson's

Studies have shown that cinnamon may be beneficial in fighting neurodegenerative diseases like Alzheimer's disease and Parkinson's disease. For example, cinnamon may be effective as an inhibitor of the type of protein, tau, known to build up in the brain of Alzheimer's patients.

13. Cinnamon may protect against cancer

Abnormal and uncontrolled cell growth are what characterize cancer. Cinnamon has been extensively studied for its use in cancer treatment and prevention. We only currently have data from animal and test-tube studies. However, these studies suggest that the extracts in cinnamon protect against cancer.

The way cinnamon tea benefits can protect against cancer is by reducing cancer cell growth. Additionally, it helps prevent the formation of the blood vessels in tumors. It may even be toxic to cancer cells, thereby causing cell death.

Specifically, one study of mice who have colon cancer showed that cinnamon acts as a potent activator of the detoxifying enzymes that are in the colon. This protects against further growth of cancer. Again, these trials were on animals, not humans, but initial findings are promising.

Will Cinnamon Tea Benefits Make This Delicious Beverage Your Cup of Tea?

While we've linked extensively to studies in this article, if you want to go in depth, you can check out this comprehensive art​​icle from the U.S. National Library of Medicine National Institutes of Health. Cinnamon tea benefits are well-documented. As long as you follow the guidelines recommended by your medical practitioner, how can you go wrong? Cinnamon may very well be your cup of tea.

This article is not medical advice and is for informational purposes only. Always talk to your doctor before you begin seeking cinnamon tea benefits or using any other supplement.